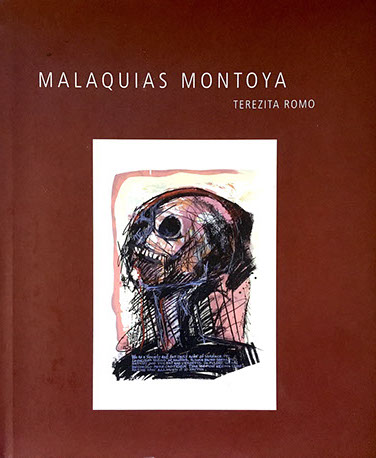 From the press: Working for more than four decades in a variety of media, from drawings and paintings to murals and the silkscreen prints for which he is best known, Malaquias Montoya has pursued a singular artistic vision that promotes the dignity of labor, exposes assaults on human rights, and provokes resistance in the face of injustice.

Montoya cofounded the influential Chicano artist collective known as the Mexican-American Liberation Art Front in 1968, inspiring a generation of artists and activists and continuing to do so today through his teaching and by widely exhibiting his overtly political and visually arresting works. 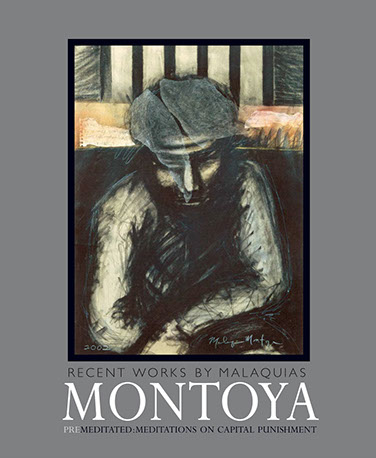 Exhibition catalog produced in conjunction with Montoya's traveling exhibition Premeditated: Meditations on Capital Punishment. The full-color catalog features  silkscreen prints and paintings along with related research dealing with the death penalty and penal institutions. Montoya's images are equally powerful, disturbing and introspective; he wants viewers to feel that they have witnessed an atrocity committed in their name. As Montoya states, “We have perfected the art of institutional killing to the degree that it has deadened our national, quintessentially human, response to death. I wanted to produce a body of work depicting the horror of this act.” In these works, Montoya illuminates the inhumanity of state-sponsored premeditated murder – a situation where the use of punishment to discourage crime encourages criminality.

From 2004 to 2011, the exhibition traveled multiple times across the country, including the Snite Museum of Art at the University of Notre Dame, the Mexican Fine Arts Center Museum in Chicago, the National Coalition to Abolish the Death Penalty Conference, the Dougherty Arts Center in Austin, TX,  Track 16 Gallery in Santa Monica, California State University, Sacramento, and Duke University.

All proceeds go toward the Andrés Montoya Poetry Initiative 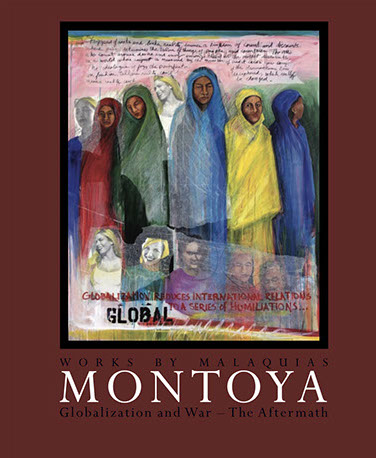 All proceeds go toward the Andrés Montoya Poetry Initiative

Globalization and War - the aftermath (2008)

Exhibition catalog produced in conjunction with Montoya's traveling exhibition Globalization and War - the Aftermath. The full-color catalog features features charcoals, collages, silkscreen images, paintings, and related research dealing with the inhumanity and the unspeakable acts of war, corporate globalization, and its resulting displacement. In this body of work, Montoya portrays globalization as another form of colonization, and war as both its vehicle and its consequence. Each piece depicts a universal story that involves peoples of all cultures and nationalities. This work presents a mirror for viewers to see themselves in portraits that focus on the human spirit at its most vulnerable, in the shadows between obliteration, devastation, and survival.